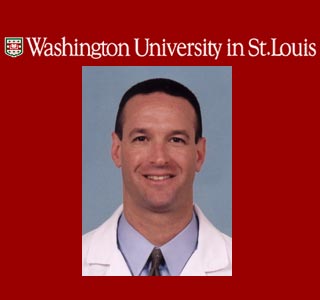 Patients recovering from a surgery seem to face a risk of dangerous blood clots. Scientists from the Washington University School of Medicine in St. Louis and several other institutions have supposedly revealed that a treatment plan employed to restrict potentially dangerous blood clots in recovering surgical patients also aids some patients immobilized by acute medical illness.

The scientists monitored women patients aged 75 or older and patients who were confined to 24-hour bed rest. After a month of extended treatment with a blood thinner, the experts apparently identified a considerable decrease in the chances of blood clots. It should be mentioned that with the reduction in chances of blood clots, a little risk of bleeding did appear to heighten.

Roger D. Yusen, MD, co-author and associate professor of medicine at Washington University shared, “We currently treat acutely ill medical patients with a week or two of blood thinners to prevent clots. These results suggest that, depending on the patient, physicians may want to consider extending that treatment for an additional month.”

While conducting the double-blind, placebo-controlled trial, the authors affirmed the usage of enoxaparin in the study. Enoxaparin is known as a type of the blood thinner heparin. The study patients suffered a reduction in mobility for several reasons including heart failure, infections and chronic respiratory disease. The authors revealed that an extended treatment with a blood thinner is already considered in recovery from knee and hip replacement surgery and abdominal cancer surgery. The study encompassed patients aged 40 or older with decreased mobility within the three days prior to admission. Also these patients were likely to have reduced mobility for not less than three more days after admission.

Yusen explained, “Clots in these areas tend to be bigger and have a greater chance of breaking away and traveling to the lungs, where they can cause a potentially fatal pulmonary embolism.”

Having given the conventional six to 14 days of enoxaparin to the patients, the authors randomly categorized the participants into two groups. For additional 28 days the patients were either provided by an enoxaparin or a placebo. Initially patients confined to 24-hour bed rest and patients on bed rest except for the ability to use the bathroom were included in the study.

During the early stages of the study, the investigators identified an unfavorable risk to benefit ratio in the second group. Therefore, the experts made a few adjustments regarding the participation criteria for that group. Only patients displaying the presence of at least one of three additional blood clot risk factors namely being older than 75 years, female gender or a previous history of a blood clot were involved in the study.

Yusen enlightened, “The benefits of extended treatment were restricted to three groups: patients who were in bed all day at the beginning of the trial, patients who were 75 years or older and female patients.”

The authors explained that at the end of the treatment period, patients were scanned using an ultrasound for blood clots known as deep vein thromboses in the large veins in their upper legs. Six months after the patients’ participation in the trial, the researchers conducted a follow-up.

Having included more than 5,000 patients, the final analysis was monitored by the experts. The outcome was that while 2.5 percent rate of blood clots was reported by the group receiving extended treatment, 4 percent was registered in the group provided with only the conventional treatment. A reduction difference of 1.5 percent blood clots seems to have been displayed by both the groups. Even a significant increase in bleeding of 0.5 percent was ascertained, as the major bleeding risk was 0.8 percent in the treatment group and 0.3 percent in the placebo group.

It should be noted that no difference in survival between both the groups was revealed. Further examinations of the results will be conducted to see if they can fine-tune their recommendations for when extended-duration blood clot prevention can be beneficial.

The study is published online in Annals of Internal Medicine.