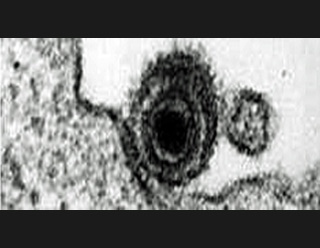 By far, the medical arena has apparently not witnessed medicines or vaccines to lay off the Epstein Barr virus that may have a role in certain cancers too. In a major breakthrough, researchers from the University of Copenhagen have seemingly adjusted a unique receptor or bio-antenna that has a major contribution when the Epstein Barr (EB) herpes virus inflicts people and when it is on the verge of transforming into an immune system cancer.

By utilizing a biochemical blueprint and a minute bio-molecule, the researchers have seemingly created a barrier for the aforesaid receptor. This will probably allow adjustment of memory cells of the immune system. An infection with EB supposedly results in the nailing of principal B cells of the immune system. After the virus has invaded, the team found additional bio-antenna which is a receptor called EB12, appearing from the cell surface out of nowhere. The latter is essential since it is touted to enable interaction between the cells and its surroundings.

“It is possible that the large numbers of EB12 receptors could actually be the B cells response to the virus and an attempt to combat the infection. Another possibility is that the EB virus reprogrammes the cell for this explosive growth in the number of EB12 receptors. What we know for certain is that more EB12 receptors assist the B cell infected by the EB virus to multiply more rapidly thus spreading the infection faster,” remarked postdoc Tau Benned-Jensen from the Faculty of Health Sciences, University of Copenhagen.

The analysts believe that though the EB virus can be kept in the immune system in a latent state, an incompatibility is deemed to occur between the two. The infection cannot be carried for life, in spite of the consideration that it is possibly not harmful for most of the individuals. Those who have encountered an organ transplant or have other issues of the immune system may face cancer risks since in case of an impaired immune system, the EB virus is free to multiply, thereby causing tumors.

The researchers mapped the bio-antenna by molecule and then created a blue-print of a small molecule that may have the potential to integrate with EB12 receptor. The tiny molecule used in this research apparently blocked the EB12 receptor thus prohibiting it from accomplishing its effect. Eventually, the investigators feel that that this barrier may help in cases where the immune system is exposed to suppression by limiting the EB virus replication and thereby controlling cancer. It may also aid in certain autoimmune conditions.

The findings are published in the Journal of Biological Chemistry.