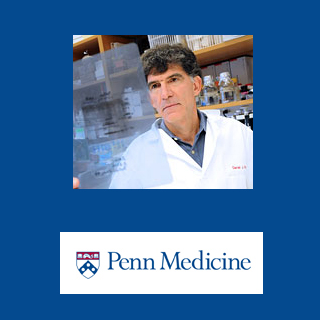 Genome wide association studies (GWAS) had apparently revealed the association of gene to a disease. But one of the demerits of these studies included unablity to analyze specific genes responsible for disease. Experts from the University of Pennsylvania School of Medicine, the Broad Institute, Massachusetts General Hospital, and Alnylam Pharmaceuticals Inc., affirm the findings to be clinically applicable and a crucial determinant of disease risk.

The region on chromosome 1 is apparently linked with low-density lipoprotein cholesterol (LDL-C) commonly known as bad cholesterol and myocardial infarction (MI). In the course of the present research, investigators ascertained the way this region controls LDL-C levels. The investigation highlights a common gene variant on chromosome 1 producing a transcription factor binding site. This gene possibly heightens transcription of various genes in the liver.

“One of the criticisms of genome-wide association studies has been that they fail to identify specific genes that cause disease. This is one of the first examples in which a spot on a chromosome identified by GWAS has been extended to pinpoint the causal gene and relevant physiology,” mentioned Daniel J Rader, MD, professor of Medicine and Pharmacology at Penn and the co-lead investigator.

During the research, experts employed a combination of over-expression and RNA silencing techniques. It was discovered that Sort1 which is a gene encoding a protein known as sortilin causes the associated cardiovascular effects on chromosome 1. Animals that were treated with a silencing RNA registered 90 percent decrease in liver sortilin and 30 percent elevation in plasma cholesterol at two weeks post-injection. On the other hand, mice injected with an adeno-associated virus (AAV) were suggested to reveal heightened liver sortilin protein and 80 percent decline in plasma cholesterol at two weeks.

Rader commented, “These results identify Sort1 as the causal gene responsible for the association of a part of chromosome 1 with LDL-C levels in the blood and therefore heart disease, as well as point to a potential new target for the development of new therapies.”

It is assumed that decreased secretion of the LDL precursor VLDL into the blood may lead to decline in plasma cholesterol. Other investigations reveal the probable link between reducing LDL and a decreased risk of heart attacks. The current research along with other investigations claims the presence of unique regulatory system for lipoprotein metabolism. It has been affirmed that activating the Sort1 pathway may change risk for heart attacks in humans.

The findings seem to be beneficial for determining cardiovascular disease treatment. Even though statins are employed as cholesterol-lowering medications, most patients fail to display positive results.