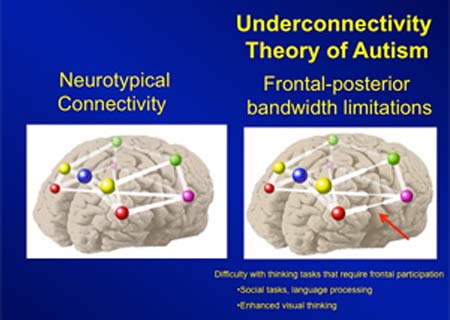 In recent days, studies gauging the diverse and unrelated effects of autism have established their hold. Experts at the Carnegie Mellon University have gone deeper into autism spectrum disorders by unleashing some of its unknown characteristics.

The team used brain imaging techniques and computational modeling to show how white matter tracts are altered in the brains of autistic individuals. It is this attribute that often leads to distinct behaviors and functions in patients.

“Marcel Just the D.O. Hebb Professor of Psychology within CMU’s Dietrich College of Humanities and Social Sciences and director of the university’s Center for Cognitive Brain Imaging, cited “White matter is the unsung hero of the human brain. In autistic individuals, we can measure the quality of the white matter, and our computer model can predict how coordinated their brain activity will be. This gives us a precise account of the underlying alterations affecting autistic thought.”

The model developed by the scientists helped them hypothesize that social difficulties observed in cases of autism were apparently due to weak frontal-posterior connectivity. The same property also appeared to be responsible for issues related to language comprehension.

This research tool could be considered as an avenue to modify individuals’ brain and thereby help in the development of targeted therapies for autism. Basically, scientists have pointed to the apparent source of autism using brain imaging and computer modeling mechanisms.

The report is published in the journal, Neuroscience and Biobehavioral Reviews.