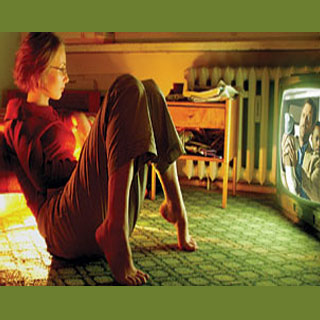 Today most youngsters dedicate leisure time to watch TV, play video games or sit in front of the computer. Performing these activities in moderation may not be harmful, but getting addicted to it could hamper health. A five-year study from the University of Montreal and the Sainte-Justine Hospital Research Center suggests that too much television, video games and Internet can increase body fat in youngsters.

Experts apparently found teenagers in four different patterns of screen use, namely increasers, decreasers, consistently high and consistently low users. It was pointed out that even youngsters belonging to the consistently low group spend more than two hours every day of screen time on an average. According to the American Academy of Pediatrics and the Canadian Paediatric Society, screen use to two hours per day is appropriate. Considerable elevation in percent of body fat was observed in increasers and consistently high screen users. The lowest gains in percent body fat appeared in decreasers.

Tracie A. Barnett, a professor at the Université de Montréal’s Department of Social and Preventive Medicine and a scientist at the Sainte-Justine Hospital Research Center also the lead author, affirmed, “There is some concern that adolescents’ television, video and computer use is filling much of their discretionary time. Our findings show that youth are at greater risk of increased body fat if screen use increases through high school; one possible reason is that teens who increase their screen time are simultaneously reducing involvement in and opportunities for more active pursuits.”

Most adolescents of the study kept a typical ‘flat’ pattern of 25 to 30 hours of screen time per week. Approximately 30 percent teens showed screen time patterns that increased, decreased or remained high over time. Such patterns supposedly had the greatest impact on weight gain. Adolescents who previously had high levels of screen use but eventually decreased time spent revealed a favorable percent of body fat.

Dr. Barnett concluded, “The high levels of screen time observed in our study underscore the need for public health strategies to reduce overall screen time among youth. Encouraging less screen time, and some form of monitoring to prevent excessive increases in screen time through high school, would be beneficial to teenagers. Since most already have firmly established viewing habits at the start of high school, these strategies also need to target kids before they even begin high school.”

Study authors analyzed 744 participants of grade 7, from 10 Montreal high schools. The volunteers were made to reveal their screen time and level of physical activity four times per year or a total of 20 times during the five-year study. Height, weight and body fat of participants were measured several times throughout the study. Having completed the investigations, it was concluded that too much of time dedicated to TV, video or computer increases fats in youngsters.

The study was published in the American Journal of Epidemiology.