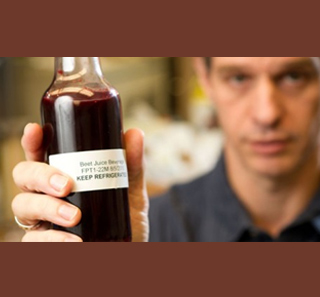 The benefits of adding beet root juice to daily diet may be known to quite a few individuals. Loaded with several vitamins, the juice seems to control blood pressure and build stamina. Researchers from the Wake Forest University suggest that that drinking beet juice can elevate blood flow to the brain in older adults. The findings can probably help fight against the progression of dementia.

Vegetables like celery, cabbage spinach, lettuce and beetroot apparently have high concentrations of nitrates. It is believed that on eating high-nitrate foods, good bacteria in the mouth transforms nitrate into nitrite. Experts assume that nitrites open up the blood vessels in the body, increasing blood flow and oxygen particularly to places that lack oxygen. During the research a probable association between consumption of nitrate-rich beet juice and elevated blood flow to the brain was noted. 14 adults aged 70 and older were assessed for a period of four days.

After subjecting the participants to a 10-hour fast on the first day itself they were made to fill in a health status report, and eat a high- or low-nitrate breakfast. The high-nitrate breakfast had 16 ounces of beet juice and the subjects were sent home with lunch, dinner and snacks conforming to their assigned diets. The next day, following another 10-hour fast, the volunteers returned to the lab, and consumed their assigned breakfasts. An hour later an MRI was used for recording the blood flow in the brain.

Daniel Kim-Shapiro, director of Wake Forest’s Translational Science Center; Fostering Independence in Aging, shared, “There have been several very high-profile studies showing that drinking beet juice can lower blood pressure, but we wanted to show that drinking beet juice also increases perfusion, or blood flow, to the brain. There are areas in the brain that become poorly perfused as you age, and that’s believed to be associated with dementia and poor cognition.”

Participants had to undergo blood tests before and after breakfast for confirming nitrite levels in the body. In the third and fourth days the diets were switched and the process was repeated for every study subject. With the help of the MRIs it was pointed out that after eating a high-nitrate diet, the older adults had heightened blood flow to the white matter of the frontal lobes. These areas of the brain are possibly linked with degeneration that trigger dementia and other cognitive conditions.

The research was published online in Nitric Oxide: Biology and Chemistry.