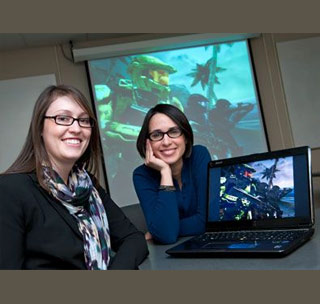 The health world has been constantly arguing over the negative effects of playing violent video games. If this piece of information is to be believed, then violent video games do not hamper the mental condition of an individual. Psychology scientists from the Ryerson University claim that violent video games like Grand Theft Auto do not desensitize players towards negative situations or events.

It is presumed that involvement in violent video games boosts aggressive behavior or lessens emotional responsiveness towards violent images. In contrast to this, the current study asserts that exposure to violent video games (VVG) apparently has no significant impact on emotional long-term memory. In order to analyze the link between VVG exposure and differences in players’ emotional memory or their responses to negative stimuli, authors studied 122 male and female undergraduate students. The study participants were segregated into two categories. While 45 of them had some video game experience within the last six months, 77 students were not exposed to video games.

“Emotional long-term memory helps us avoid negative situations,” Holly Bowen, a PhD candidate in psychology and lead author of the study said. “This has significant implications for public health. For example, if you remember the negative experience of being involved in a bar fight, you will avoid future situations that may lead to an altercation.”

The most commonly listed video games among both male and female players were Grand Theft Auto, Final Fantasy and NHL. Male video game players also docketed Call of Duty and Tekken among their top five game preferences. Female video game players, on the other hand, penned down Mario Kart and Guitar Hero/Rock Band as their top five game preferences. Volunteers were made to see 150 images that represented negative, positive and neutral scenes. After one hour, subjects viewed those same images again with a new set of 150 ‘distractor’ images, placed in a random order.

On viewing each image, participants had to respond whether or not they had seen it before. A self-assessment test questioning about their state of emotional arousal was filled in. On scrutinizing the data, no strong variation between video game players and non-players appeared in self-reported arousal to emotional stimuli. It can therefore be concluded that long-term emotional memory may remain unaffected by chronic exposure violent video games. However, scientists mention that the study results probably don’t apply to all age groups.

Investigations are currently being conducted to find out the impact of violent video games on players outside a lab setting.