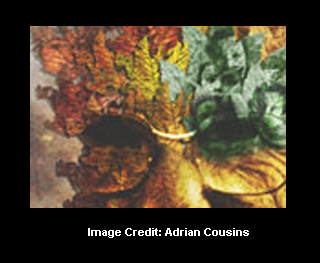 The charity Alzheimer’s Research UK believes that more than 8,25,000 people living in the United Kingdom are affected by dementia, out of which Alzheimer’s is considered to be the most widespread form. Experts claim to have examined five new genetic variants that augment the risk of developing Alzheimer’s disease. These new variants apparently reveal why some individuals are more prone to develop the condition as compared to others.

Scientists evaluated information accumulated from four genome-wide association studies, correlating the DNA of a total of about 20,000 people with Alzheimer’s disease against 40,000 healthy controls. The findings share the complexity of Alzheimer’s disease which includes distinct genetic variants. These variants supposedly amplify the risk of intensifying the disease by a small amount.

Professor Kevin Morgan, from the University of Nottingham, remarked, “Until now, the genetics of late-onset Alzheimer’s disease have been poorly understood. We are now on the way to identifying all the genetic factors that contribute to [the disease]. This research is already spurring on additional research towards treatments based on specific genetic issues which contribute to the disease.”

The analysis of these five new genes has seemingly highlighted various factors, including the body’s immune system, the way the brain processes cholesterol and lipids, as well as the endocytosis process. This process may usually discard toxic amyloid-beta protein from the brain.