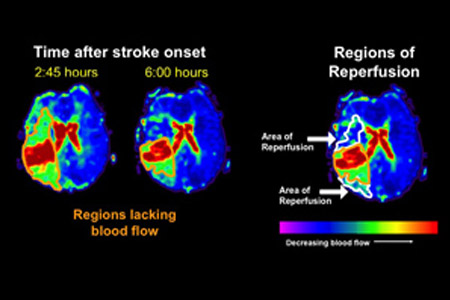 The cholesterol-lowering drugs called statins may benefit stroke patients in numerous ways, and here is an addition to the list. Scientists from the Washington University School of Medicine in St. Louis have found that statins can help clot-busting drugs treat strokes. This class of medication was suggested to improve restoration of blood flow after stroke and lessen disability.

At the time of the study, 31 patients with ischemic stroke were thoroughly examined. Out of them, a total of 12 were already taking statins to control their cholesterol. These patients reported blood flow return to the blocked areas of the brain more completely and quickly. Patients on statins allegedly had better stroke outcomes because the medication boosts blood flow to brain regions. All the study subjects were diagnosed with an ischemic stroke and treated with a clot-busting drug. An MRI scan was performed during treatment with the clot-busting drug and again three hours later to assess the restoration of blood flow to blocked areas.

“To our knowledge, this is the first time someone has looked at the effects of statins on restoration of blood flow using brain tissue-based measurements instead of looking at the opening of blood vessels. It’s harder to do, but we feel it gives us more accurate measurements,” commented lead author Andria Ford, MD, assistant professor of neurology.

After three hours of treatment, blood flow restoration in the 12 patients already on statins presumably averaged by 50 percent. In the 19 patients not taking statins, the average apparently was 13 percent. On arrival to the hospital, patients were tested through the National Institutes of Health Stroke Scale that assays several functions including speech, movement, attention and sensation. Those on statins registered greater improvements in their scores at the one-month test. Hence, their strokes may have turned out to be less damaging or they recovered faster.

The study is published in the journal Stroke.