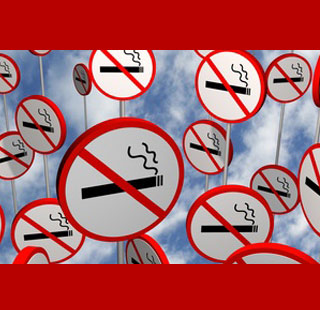 As African-American smokers are probably less likely to receive quitting advice from their doctors or use quit aids, here is a novel method to help them avoid smoking. A groundbreaking study now suggests that media campaigns proffering positive encouragement have a significant impact on getting African-American smokers to quit. It was mentioned that a campaign resonating with lower education and lower income smokers seems to be extremely vital in the health world.

In the course of the study, 4,067 current adult smokers were surveyed before and six months after the launch of the national ‘EX campaign’ in August 2008. The EX ads apparently featured diverse characters and were promoted on television, the Internet as well as radio. The tone of the message appeared sympathetic and encouraged smokers to ‘relearn’ life without cigarettes. Health communication messages which use positive frames are believed to be more effective among African-American audiences.

“In aiming messages at minority communities, the campaign must all be respectful of language, cultural beliefs and literacy levels. And to influence behavioral change and outcome, it’s better to focus on influencing the consumer’s future about what he can do than criticizing and marginalizing about what he cannot,” enlightened lead author Donna Vallone of the American Legacy Foundation, in Washington.

On completion of the study, scientists found that African-Americans who were aware of the EX campaign had a threefold increase in making a quit attempt during the campaign period. Those with less than a high school education purportedly doubled their odds of trying to quit. In conclusion, it was asserted that positive health messages have more impact on changing minorities’ behavior.

The study is published in the May/June issue of the American Journal of Health Promotion.