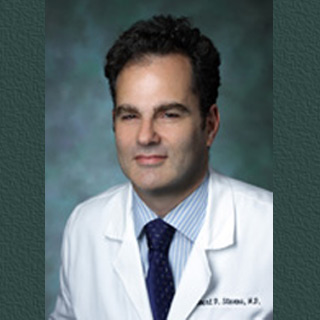 Critical care researchers since decades are believed to have focused on the management of respiratory failure, circulatory shock and severe infections that lead to extensive stays in the hospital intensive care unit (ICU). Adding to it, researchers from Johns Hopkins University School of Medicine are progressively turning their attention to what they believe is a treatable complication developed by many who spend days or weeks confined to an ICU bed. More so, staying on the bed seems to result in devastating muscle weakness that can remain long after hospital discharge.

The researchers are believed to have put forward a novel category scheme in order to assist physicians to consistently and precisely identify a variety of muscle-wasting disorders obtained in the ICU. They claimed that getting doctors on the same page with common definitions and awareness may perhaps be a huge initial step in preventing and treating ICU-related impediment.

“Patients who develop muscle weakness while they’re critically ill do much worse. They have higher mortality, their stay in the ICU is prolonged, and their stay in the hospital is prolonged. They incur serious costs. Some of these patients in the long run remain weak and are unable to resume physical activities as before,” says Robert D. Stevens, M.D., associate professor of anesthesiology and critical care medicine, neurology, neurosurgery and radiology at the Johns Hopkins University School of Medicine.

Some form of muscle weakness could possibly affect approximately half of patients with serious illness treated in ICUs. However, doctors are of the opinion that prevention or treatment of ICU-acquired weakness seems to have been slowed.

Supposedly, this is due to a lack of agreement on the definitions of what constitutes these disorders along with an inadequate framework for correctly classifying them. It was observed that latest treatments which may be effective in reducing weakness in the ICU include enduring better control of blood sugar levels and encouraging early mobility.

Standard practice in ICUs appear to be present in order to keep patients in bed until they recover from their critical illness. This standard practice is known where the patients are frequently hooked up to ventilators, dialysis machines and infusion pumps. Stevens was observed to have described it the ‘classic paradox’ in the treatment of many illnesses – stay in bed and rest until you’re better.

However, it has now been identified that muscle weakness appears to be drastically worsened as a result of being immobilized in the ICU. He was of the opinion that the whole thought of bed rest as being something beneficial seems to being turned on its head. Other hospital staffs, including those that treat patients coming out of surgery are noted to have adopted the practice of getting patients up and moving again as soon as possible.

It is only in recent times that critical care seems to have begun to move slowly in that direction. Identifying the muscle wasting and weakness associated with extensive ICU stays, Stevens claimed that latest research may possibly be promoting reduced levels of sedation and early mobilization and exercise among those patients.

It was believed that some recent efforts which are being carried out in order to avoid muscle wasting and weakness include getting patients cycling in bed, standing, sitting in a chair and even walking while they are still on respirators.

The findings of the research have been published in the journal, Critical Care Medicine.