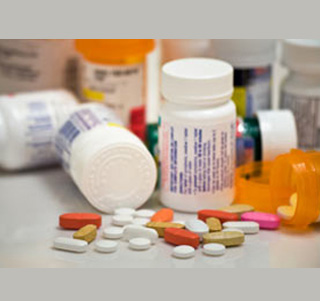 A major concern that has been rising lately in the health world is inappropriate preservation of medicines. According to scientists from the University of Otago, many people keep their medicines in places that are too hot and humid or cold for keeping them safe. Also some individuals have been storing medicines in handbags and backpacks for easy access.

In this study, scientists observed that bags left in the sun can get very hot quickly and remain hot for long periods of time. On a warm day in Dunedin, the front compartment of one backpack left in the sun probably reached more than 60°C. The temperatures in cars under the sun where medicines were kept appeared as high as 50°C. It was recommended that people must try and avoid leaving their medicines in cars for long periods of time.

“These temperatures, particularly those observed in the backpack, will accelerate chemical and physical degradation of many medicines. Of particular concern are proteins such as insulin, which is regularly carried round in backpacks and is likely to degrade within hours at temperatures above 60 °C. This can be dangerous. For example, insulin that has been heated too much does not work to lower blood sugar levels in people who need to control their diabetes,” said one of the lead researchers Dr Clare Strachan.

Even cargo holds in planes were found to go below freezing point on long haul flights. In this study the temperature reportedly fell to -4°C. This may damage a range of medicines including emulsions, solutions and proteins. Hence, medicines particularly liquid and protein medicines such as insulin can be carried along on long flights, instead of keeping them in checked luggage. Most people commonly use kitchens and bathrooms for storing medicines. It was pointed out that while one bathroom reached 100 percent humidity, a kitchen seemingly reached 85 percent humidity.

In conclusion, it was affirmed that excess humidity can pave way for chemical degradation or physical changes, which may affect the efficacy, safety or appearance of the medicine.