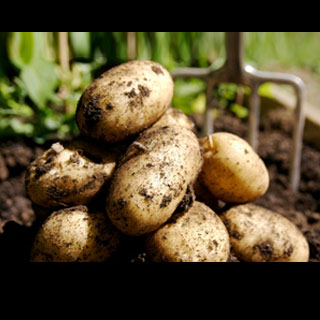 Many studies have suggested weight loss techniques for obese individuals. However, not many of them know the factors associated with long term weight gain. A set of three studies conducted by Harvard School of Public Health (HSPH) scientists has found that even moderate changes in particular foods and beverages, physical activity, TV watching and sleep duration have a strong association with long term weight gain. Diet supposedly played a major role in weight fluctuations.

The final examination included 50,422 women in the NHS, 47,898 women in NHS II, and 22,557 men in HPFS. All the participants were not obese and were free of other chronic diseases at the beginning of the study. It was found that participants put on an average of 3.35lb during each 4 year period which meant a weight gain of 16.8lb over the 20 year span.

“An average adult gains about one pound per year. Because the weight gain is so gradual and occurs over many years, it has been difficult for scientists and for individuals themselves to understand the specific factors that may be responsible,” commented lead author Dariush Mozaffarian, associate professor in the Department of Epidemiology at HSPH and Division of Cardiovascular Medicine, Brigham and Women’s Hospital (BWH), and Harvard Medical School.

Lifestyle change and weight gain were evaluated and their relation seemed apparently similar in all 3 studies. Foods that seemed to be largely related to weight gain included potato chips, other potatoes, sugar-sweetened beverages, unprocessed meats, and processed meats. There were certain foodstuffs that were linked to less weight gain when they were consumed to a larger extent. These included vegetables, whole grains, fruits, nuts and yogurt.

The study showed that participants who were present in the lower 20% of changes in diet gained almost 4lbs more every 4 years in comparison to those in the top 20%. This is supposed to be the amount corresponding to the average weight gain in nearly the whole population.

The scientists believe that knowing only about the total calories may not be an effective way to consume less calories than one uses up. Other factors such as content of total fat, energy density, or sugars, may also not be optimum. What was needed was a healthy diet that is directed at the overall quality of intake.

This pattern of healthy diet will tend to have an effect in the long term weight gain in numerous ways. Changing hunger, insulin levels, or satiety, or by improving eating behaviors related to average portion sizes and patterns of foods or beverages consumed are some of the biological effects that will influence long term weight gain.

This finding underlines the vitality of selecting the right food and breaks the myth that all foods are equal in terms of value. The result also suggested that physical activity and habits such as TV watching may affect body weight. Also people who slept for 6 to 8 hours at night apparently gained less weight than people who slept less than 6 or more than 8 hours.

Though lifestyle changes did not contribute substantially to weight gain, they added up to the overall dietary style. Diet and lifestyle changes when summed together may have the ability to make a noticeable change.

The study appears in the June 23, 2011, issue of the New England Journal of Medicine.