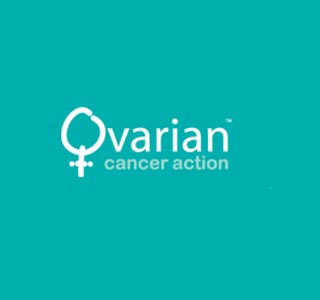 Approximately six out of 10 women suffering from ovarian cancer are reportedly diagnosed when their ailment is already in an advanced stage. This seems to increase the difficulty of treating it successfully. An Ovarian Cancer Action funded research reveals the unearthing of a chemical switch that appears to be reason why ovarian cancer may be resistant to drugs. The switch may have been instigating resistance to drug treatment that is commonly used for this kind of cancer.

This finding, according to investigators should pave the path for more targeted treatment. Consequently prolonged survival in the disease having a poor outlook is what’s being looked at. Seemingly, surgery and platinum-based chemotherapy with carboplatin or cisplatin is said to be largely effective in the beginning for such cases. Nevertheless, approximately out of every three women, two become resistant to chemotherapy, resulting in less or no response to treatment. This in turn may lead to recurrence of the dreaded disease.

As part of this investigation, tissue samples from three women suffering from ovarian cancer, both prior and post their response to platinum had stopped were used. This was done so that it would help in pointing genes possibly responsible for either enhancing or stopping resistance. A process called apoptosis prompts cancer cells to die as platinum works. However, cancer cells appear to fend off apoptosis in resistant disease.

Specifically the STAT1 gene had researchers interested due to its function as a transcription factor. The gene was seemingly extremely active in cells resistant to platinum in contrast to cells sensitive to platinum. An enzyme named as HDAC4 was additionally unearthed as the one that put STAT1 in action. And when the production of this enzyme was disrupted, it supposedly averted STAT1 activity in resistant cells while also restoring their response to platinum in treatment.

These findings are said to have been confirmed after the same analysis was carried out on the ovarian cancer cells of 16 women. There was a considerably higher level of HDAC4 in nearly half of resistant tumours.

Professor Hani Gabra, Director of the Ovarian Cancer Action Research Centre adds, “The Centre is now working with chemists at Imperial College London to develop powerful agents that will specifically block the action of HDAC4 and extend the survival of women with ovarian cancer.

He adds that if previous analysis is to go by, then there is an indication of ovarian cancer cells being inherently resistant to chemotherapy and may not acquire it from treatment. However, only additional research will help discover the correct screening test to recognise women who have higher chances of treatment resistance.

Details of the finding are to be published this month in the journal Cancer Research.