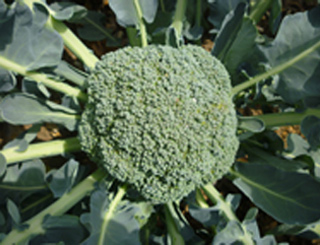 Broccoli has shown its protective effects in many areas, especially cancer. A research by a team of professionals from the Institute of Food Research and the John Innes Centre has apparently developed a new broccoli namely, Beneforte that is touted to hit the UK stores soon.

The analysts made use of traditional breeding methods to create the new broccoli that seemingly comprises 2 to 3 times the proportion of phytonutrient glucoraphanin than the normal broccoli. Glucoraphanin has been known to play positive roles in conditions like heart disease and some types of cancer. It also supposedly elevates the antioxidant levels in the body.

“Our research has given new insights into the role of broccoli and other similar vegetables in promoting health, and has shown how this understanding can lead to the development of potentially more nutritious varieties of our familiar vegetables. Now there will also be something brand new for consumers to eat as a result of the discoveries we have made,” commented Professor Richard Mithen, of the Institute of Food Research.

As stated above glucoraphanin is an important constituent of broccoli that gets transformed to sulforaphane which circulates throughout the blood. The latter has many shielding effects such as reduction of inflammation, ceasing of unrestrained cell multiplication linked to initial phases of cancer and instigating antioxidant enzymes.

Subsequent research on sulforaphane explains why individuals who consume cruciferous vegetables like broccoli each week tend to have lesser risk of cancer and heart disease. The findings also suggest that the new broccoli presumably boosts the level of sulforaphane in the blood by 2 to 4 folds unlike the normal broccoli.

Notably, men who consumed a diet rich in broccoli seemed to encounter alterations in the responses of genes related to tumor progression and survival. This revelation can also be implicated in case of massive prostate cancer in men.

British-grown Beneforté broccoli is now available in Marks and Spencer shop in the UK and will hit other supermarkets soon.