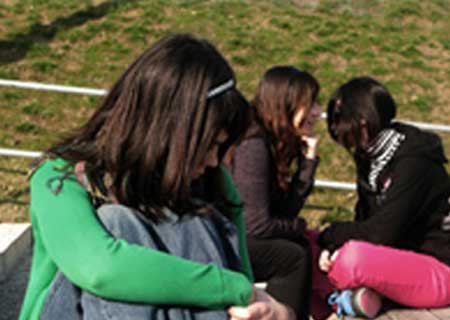 Social interactions are vital for leading a healthy life which is why most experts promote values such as team-spirit and unity. Further encouraging the act of socializing, scientists from the Washington University of St. Louis have put forth that adolescents with autism spectrum disorders (ASDs) do not apparently mingle with pals after school.

This investigation is part of the National Longitudinal Transition Study 2 (NLTS2) where nearly 11,000 adolescents with ASDs, learning disorders, intellectual difficulties, communication and language problems were inspected.

“Out of this group, teens with an ASD were significantly more likely never to see friends out of school (43.3 percent), never to get called by friends (54.4 percent), and never to be invited to social activities (50.4 percent) when compared with adolescents from all the other groups,” commented Paul Shattuck, PhD, autism expert and assistant professor at the Brown School at Washington University in St. Louis.

The team believed that most kids with ASDs were less likely to be socially active and encountered difficulties in social participation. Mostly, these children engaged in one-on-one conversations taking place usually at home instead of the community.

Shattuck put it that lack of friendship with school pals may have a bad influence on basic and mental health, especially at a young age. One way to motivate youngsters could be arranging group activities like sports, trekking and clubs.The study essentially unfolded that adolescents with language impairment and low social activeness were less likely to conform to social participation norms.

The analysis, ‘Participation in Social Activities among Adolescents with an Autism Spectrum Disorder’ is published in the journal, PLoS ONE.