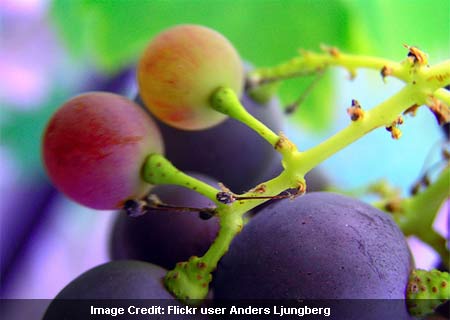 A few weeks back, a report unleashed a dye that could detect throat cancer. This study by professionals from the University of Colorado Cancer Center has shown that grape seed extracts could kill head and neck cancer cells in both mouse models and cell lines.

Importantly, these grape seed extracts pushed the head and neck squamous cell carcinoma cells to death without any harm or effect on normal healthy cells. This process may be dependent significantly on healthy cells’ capacity to withstand impairment. Considering that cancer cells grow rapidly, they are forced to die when the conditions are not optimum for proliferation. Apparently, grape seed extracts create conditions that are unfavorable for the development of cancer cells.

According to the team, grape seed extracts work in 2 ways. Firstly, they seem to harm the DNA of cancerous cells by means of increased reactive oxygen species. Secondly, they impede the pathways that enable restoration of the cells. This is achieved as the proportions of DNA repair molecules namely Brca1 and Rad51 along with the DNA repair foci supposedly decline.

This mechanism was demonstrated in a set of mice where the scientists found that there was no toxicity in the bodies of the animals after the cancer cells were killed. This affirmed that grape seed extracts destroyed the cancer cells, but left the healthy cells untouched.

The team believed that targeting defective pathways of cancerous cells is one way of combating cancer. These deficits do not appear to be present in normal cells. The researchers are hoping to progress towards clinical trials using grape seed extracts for the treatment of head and neck squamous cell carcinoma.

The study is published in the journal, Carcinogenesis.