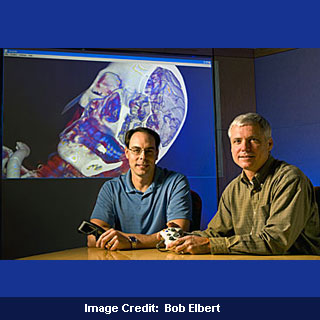 As strange and bizarre as it seems, apparently James Oliver picked up an Xbox game controller, looked up to a video screen and supposedly applied the device’s buttons and joystick to run through a patient’s chest cavity for an up-close glance at the bottom of the heart.

And the sight seen by the experts was apparently never seen before. It was said to be a precise, 3-D view within a patient’s body which can be seen with a personal computer. This view could be moved, regulated, rotated, zoomed and replayed at will. This software can utilize real patient data from CT and MRI scans. It can also be applied to educate physiology and anatomy and could also put virtual reality technology created at Iowa State University to operate by aiding doctors and patients, teachers and students.

Two-dimensional imaging technologies have supposedly been applied in medicine for a long time. This was mentioned by Eliot Winer, an Iowa State associate professor of mechanical engineering and an associate director of Iowa State’s Virtual Reality Applications Center. But those flat images can be effortlessly read and comprehended by only specialists.

And so Winer and Oliver, an Iowa State professor of mechanical engineering and director of the university’s CyberInnovation Institute, apparently started to create a technology that could transform the flat images of medical scans into 3-D images that are simple to view, influence and comprehend. Thom Lobe, a pediatric surgeon based at Blank Children’s Hospital in Des Moines, supposedly aided these engineers to devise a tool doctors could utilize.

Winer commented, “-D visualization is used all the time. But for the medical field it’s a paradigm shift. And once doctors understand the basics of our software, they don’t understand how they lived without it.”

Thus BodyViz.com, a startup company came into being. It was established by the three and is located at Iowa State’s CyberInnovation Institute. The company is now promoting the software as ‘Simple. Visual. 3D.’

The company has apparently also been engaged in earning the necessary approvals from the Food and Drug Administration.