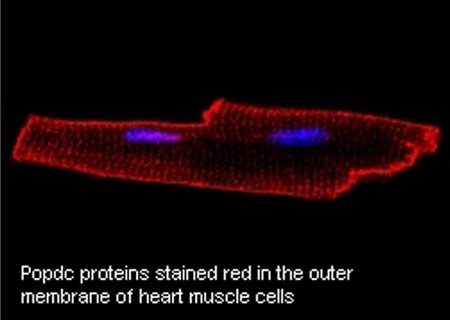 We were just enlightened on some crucial proteins related to heart failure. Now, scientists at Imperial College London have revealed a distinct class of proteins called Popeye, which apparently plays a vital role in regulating stress responses of the heart.

These proteins also going by the name Popdc seem to increase the rate of heart beats in response to the hormone adrenaline. Basically, these proteins increase oxygen flow in the body, which helps the heart to cope with stress. The heart beat rates of a set of mice devoid of Popdc appeared to slow down during stressful instances.

“Studying these mice further will give us more clues about what goes wrong in the heart’s pacemaker, and might help us develop new drugs for heart rhythm disorders. We also plan to look at the Popdc genes in people with sick sinus syndrome, to see whether mutations there might be connected to the condition,” commented professor Thomas Brand, from the National Heart and Lung Institute at Imperial College London.

The team found that these Popeye proteins regulated heart rhythms. Mice carrying mutations in the genes encrypting these proteins seemingly manifested abnormal reactions to stress. This effect is found in some elderly people too.

The scientists believed that the findings could help in developing remedies for heart rhythm disorders caused by stress such as sudden cardiac arrest, arrhythmias and atrial fibrillation. Further studies to comprehend the mechanism of the heart’s natural pacemaker are underway.

The study is published in the 22 February issue of the Journal of Clinical Investigation.