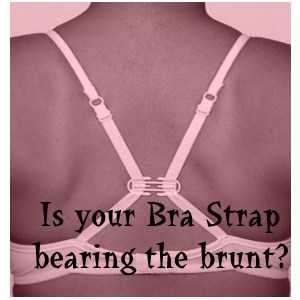 For a fact a brassiere or a bra as it is commonly known, is any woman’s most close-fitting and essential undergarment. It not only renders immense support to the breast but also gives a lot of contour to the female body. But at the same time, an ill-fitted bra or perhaps one made of an ill-suited fabric can be quite a nightmare. But here’s perhaps a slight ray of hope!

Scientists have now developed an “intelligent fabric” that includes sensors, which ill free women off the discomfort and uneasiness experienced whilst wearing a badly designed bra.

It was found that around 80 percent of women end up wearing the wrong bra, which augments the risk of pain and nerve damage caused by bra straps, especially during some major physical activity such as exercising.

And in fact it was further revealed that even the ones who are presumed to be wearing the right size bras may be at a risk of long-term damage since much of the support is given by the bra straps.

According to experts from the University of Wollongong in Australia, “A consequence of current bra design is that the brassiere straps bear much of the load generated by breast momentum during physical activity.

These researchers have developed a special fabric that incorporates built-in sensors to sense movement as women walk and jog.

Movement of the breasts whilst walking ranged from 0.4 inches to almost one inch. However when they ran, the 39-year old woman’s chest moved vertically by up to 2.7 inches compared to the smaller woman’s which moved up to 2.1 inch, the study concluded.

“Our results show that the fabric sensors are suitable to monitor breast motion and brassiere function,” the study’s authors noted. Adding that the bra’s designers will have the capability to directly assess the effects of changes to each brassiere component.

The research will be published in Journal of Biomechanics.

Not long back, HealthJockey.com had reported about a Smart Bra that detects breast cancer.