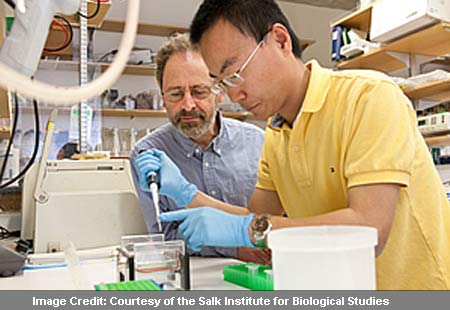 Patients suffering from insulin resistant type 2 diabetes may have high levels of glucose in their bloodstreams, which could lead to conditions like kidney failure and retinopathy. An investigation conducted by scientists at the Salk Institute has revealed a molecular switch that apparently holds the key to combat type-2 diabetes.

In the aforesaid condition, a switch called CRTC2 is highly active leading to high proportions of glucose in the blood. During this trial, the team found something referred to as a molecular spigot functioning as a receptor called IP3. The latter apparently triggered calcineurin, which spurred the CRTC2 switch to generate higher amounts of glucose.

“But in insulin-resistant type II diabetic individuals, the CRTC2 switch is turned on too strongly because the insulin signal is not getting through. As a result, the liver produces too much glucose and the level of glucose in the blood stream is too high. Over a period of 10 to 20 years, the abnormal elevation of glucose leads to chronic complications including heart disease, blindness and kidney failure,” commented Professor Marc Montminy, head of Salk’s Clayton Foundation Laboratories for Peptide Biology.

Thus, the analysts inferred that therapeutic alternatives with potential for closing down the functions of the IP3 receptor and the molecular gas pedal calcineurin need to be developed. Basically, CRTC2 came forth as an important switch to be regulated for controlling insulin-resistant type 2 diabetes. However, the investigators asserted that further extensive trials involving humans are required to step ahead with this approach.

The findings are published in the recent issue of the journal, Nature.