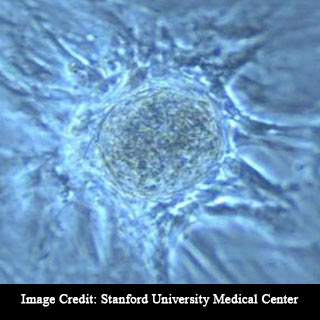 Researchers from the University of Illinois seem to have discovered a method to directly convert spermatogonial stem cells. Apparently, these cells are the precursors of sperm cells which are hooked on the tissues of the prostrate, skin and uterus. It is believed that this may prove to be an efficient alternative in the medical use of embryonic stem cells.

However, the search for alternatives to embryonic stem cells seems to have led to few hopeful yet difficult approaches. For instance, some appear to engage spermatagonial stem cells (SSCs).

In recent times, researchers observed for example that SSCs which are developed in the laboratory may ultimately increase to a few cells. Supposedly, these cells look and act like embryonic stem cells. Though, this process could require months, only a small percentage of the SSCs may be converted into ‘embryonic stem-like’ cells.

Other researchers were believed to have used viruses in order to insert genes into SSCs which would stimulate them to turn into ES-like cells. But this approach seems to be difficult. Also, the use of viruses to transfer in the needed genes seems to have caused concern.

The latest method was noted to take the benefit of the remarkable interaction between two types of tissue namely the epithelium and the mesenchyme. The epithelium was known to line the cavities and surfaces of glands and various organs. In addition, it secretes enzymes and other factors which appear to be vital in carrying out the function of these tissues. The mesenchyme is recognized as the connective tissue located in the embryos. In adults, the connective tissue is called as stroma.

Allegedly, Cooke began the effort with what he thought as an improbable plan.

He further stated that, “Could we take spermatagonial stem cells and cause them to directly change into other cell types by putting them with various mesenchymes and growing them in the body? I thought it was possible, but I didn’t think it would work.”

In order to perform the research, Postdoctoral researcher Liz Simon placed SSCs from inbred mice on prostate mesenchyme and attached the combination into living mice. The findings revealed that the SSCs seem to have become prostatic epithelium. In addition, when the SSCs were combined with skin mesenchyme and grown in vivo, the SSCs appear to have become skin epithelium. Evidently, the researchers were also able to convert SSCs into uterine epithelium with the assistance of uterine mesenchyme.

Cooke elucidated that the findings revealed that the newly formed tissues seem to have all the physical characteristics of prostate, skin or uterus. Also, these tissues were believed to have produced the telltale indicators of those tissue types and they stopped looking and behaving like SSCs.

In order to confirm that their tests were not infected with epithelial cells from the source of the mesenchyme cells, the researchers repeated their experiments. They performed the experiments with the help of a mouse whose cells comprises a gene which turns green under ultraviolet light.

Cooke anticipates that in future, a more efficient approach might perhaps be developed which would make use of a man’s own SSCs and stroma in order to produce new skin cells or other tissues when needed. For instance, in order to replace a skin that has been damaged in a burn.

The findings of the research have been published in the journal Stem Cells.

Nitric oxide, Src kinases in lung cancer may be vital to...