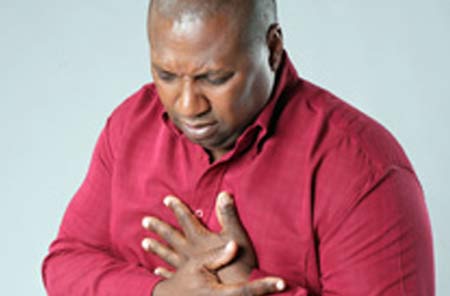 It is natural to conclude that more the pain, more the discomfort and the result is most probably adverse. On the flip side, scientists at the British Heart Foundation (BHF) have revealed that experiencing pain during heart attacks is apparently a positive sign.

A team from the University of Bristol, which conducted the study asserted that heart attack pain may lead to recovery from the condition. This is achieved as pain signals from heart nerves gather stem cells to restore the impairment caused by heart attacks.

During an attack, there’s a blood clot on the site of an artery supplying blood to the heart. The scientists found that a molecule going by the name Substance P is expelled from the nerves. It is this substance that instigated stem cells from the bone marrow to reach the dysfunctional area.

Dr Hélène Wilson, BHF Research Advisor, cited, “Pain is a very complicated process. It’s not just the body’s way of warning you that something is wrong – when we feel pain, it can also be a sign that the body is doing what it can to fix the problem.”

These cells then produced new blood vessels that had the ability to surpass the clogged artery and resurrect the blood flow to an extent. The entire process was observed in a set of mice, after which the scientists inferred that Substance P may be a critical factor in terms of heart attack treatment.

The findings are published in the recent issue of Circulation, a journal of the American Heart Association.