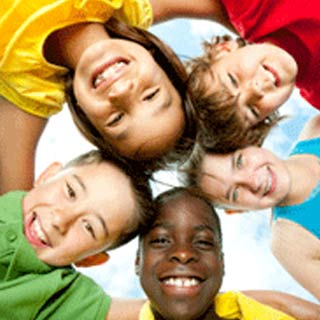 ‘The more the merrier’ agenda should work for almost every other encounter in life, except for instances where it goes overboard. Children having more friends are likelier to be physically active, claim scientists from the University of Bristol.

This study found in the journal Medicine & Science in Sports & Exercise, showed that friends are influential in increasing physical activities of kids. A set of children from 23 primary schools in the age-group 10 to 11 participated in the study. Physical activity levels were calculated using accelerometers, while the number of friends was observed via questionnaires.

Dr Russell Jago from the University’s Centre for Exercise, Nutrition and Health Sciences, in the School for Policy Studies, commented, “The research shows that children are receptive to being encouraged to undertake more physical activity. We want to encourage young people to be active with their friends and support each other.”

The team found that even 1 additional friend was apparently associated with 4 more minutes of moderate to vigorous physical activity (MVPA). However, this result was found only in girls, suggesting that this gender is influenced substantially by peers. Children generally engaged in such activities after their school hours. Moreover, kids exerted more during weekends than their school days probably due to less adult interference.

Encouraging kids to undertake activities in group settings could help them achieve optimal levels of physical activity. The scientists revealed that engaging in MVPA right from childhood could have a significant effect in the long run. A word of motivation from a friend to participate in MVPA seemed to work for the female clan.