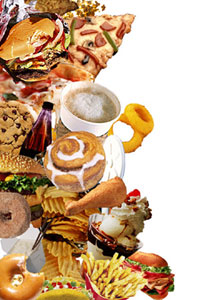 The study found that ill effects from eating the meal high in saturated fat were discovered almost immediately.
Effect seen in 3 hours

The researchers, led by Dr. Stephen Nicholls, a cardiologist now at the Cleveland Clinic, found that three hours after eating the saturated-fat cake and shake, the lining of the arteries was hindered from expanding to increase blood flow. And after six hours, the anti-inflammatory qualities of the good cholesterol were reduced.

But the polyunsaturated meal seemed to improve those anti-inflammatory qualities. Also, fewer inflammatory agents were found in the arteries than before the meal.

To put this study into a real life situation it means that any meal you eat that is high in saturated fats probably creates inflammation and hinders your blood flow that very same day.