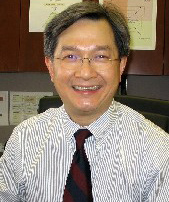 Scientists can now detect disease from a wad of spit. At the International Association for Dental Research meeting in New Orleans, UCLA dentistry professor David Wong announced the completion of the salivary proteome, a catalog of the 1,500 proteins in saliva.

“We can now begin to look different proteins in the saliva that could be used to detect individual diseases,” Wong said.

Wong and his colleagues report that the protein alphabet, coupled with the transcription alphabet, (the pieces of genetic material that help build the protein) reveal distinct identifying signatures for oral cancer and Sjogren’s syndrome, an autoimmune condition that affects 4 million Americans.

Wong says the potential of a saliva test is enormous. The next step, he says, is to get regulatory approval to make the tests more available to the public. He says an oral cancer diagnostic test is about a year away.