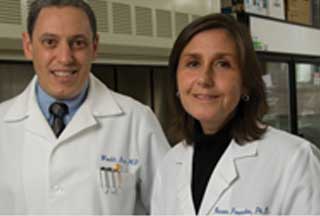 Presently, anti-obesity drugs are based on repressing appetite or elevating metabolism and arrive with toxic side effects. So, are we foreseeing a drug with a new approach to treat obesity? Well, experts from the The University of Texas MD Anderson Cancer Center have conducted a research on obese rhesus monkeys that has unfolded a new anti-obesity drug.

For the analysis, monkeys that were spontaneously obese were administered the drug, currently known as Adipotide. The latter apparently influences the white adipose tissue and can indicate disease or death.

“Most drugs against obesity fail in transition between rodents and primates. All rodent models of obesity are faulty because their metabolism and central nervous system control of appetite and satiety are very different from primates, including humans. We’re greatly encouraged to see substantial weight loss in a primate model of obesity that closely matches the human condition,” remarked co-senior author Renata Pasqualini, Ph.D., professor in MD Anderson’s David H. Koch Center for Applied Research of Genitourinary Cancers.

As per the results, obese monkeys seemingly lost about 30% of body mass when treated with the drug. Moreover, the link between diabetes and obesity also appeared to be eliminated in this case. The monkeys treated with Adipotide presumably showed improvements in insulin resistance and used 50% less insulin after treatment.

Adipotide is used as a prostate cancer drug, therefore, scientists are speculating if the conditions of patients will improve on administering this drug which could reduce their weight considerably. Especially since weight gain for prostate cancer patients may be harmful for the body.

The research is published in the journal, Science Translational Medicine.