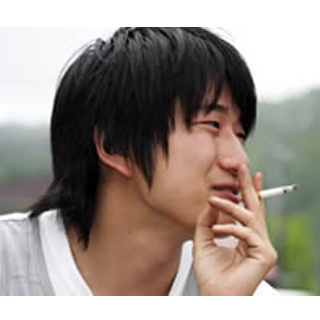 If you are a former smoker and have completely given up smoking, then you must be wondering as to why you may want to smoke again when you are with your friends or in a bar. Well the reason is because nicotine which is the addictive element in cigarettes, apparently ‘tricks’ the brain into forming memory links between environmental cues and smoking behavior. This is as per a research at Baylor College of Medicine.

Our brains normally make these associations between things that support our existence and environmental cues so that we conduct behaviors leading to successful lives. The brain sends a reward signal when we act in a way that contributes to our well being. However, nicotine commanders this subconscious learning process in the brain so we begin to behave as though smoking is a positive action. Dr. John John A. Dani, professor of neuroscience at BCM and co-author of the research is of this opinion.

Dani believes that environmental events connected with smoking may turn out to be a reminder that could prompt the urge for smoking. Those signs may comprise of alcohol, a meal with friends, or even a drive home from work. Dani and Dr. Jianrong Tang, instructor of neuroscience at BCM and co-author of the report, decided to document the brain activity of mice as they were exposed to nicotine to comprehend as to why these links were so powerful.

As a result, the mice learnt to spend more time in the compartment where nicotine was given as opposed to the one where saline was received by them.

Dani mentioned, “We found that nicotine could strengthen neuronal synaptic connections only when the so called reward centers sent a dopamine signal. That was a critical process in creating the memory associations even with bad behavior like smoking.”

Dani believed that understanding mechanisms could form memory and may have repercussions in later research and treatments for memory disorders, like Alzheimer’s disease, and for dopamine signaling disorders like Parkinson’s disease.

This research appears in the journal Neuron.