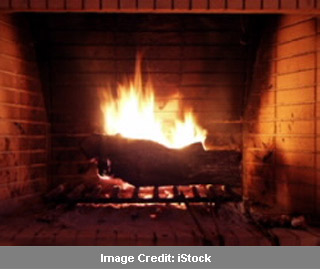 Innumerable people across the globe sit around fireplaces and wood-burning stoves to ward off winter’s chill. The smoke emitted from these fireplaces and wood-burning stoves now seem to be harmful for health. According to a recent research, the invisible particles inhaled into the lungs from wood smoke can pave way for several adverse health effects.

Quite a few individuals may be aware about the detrimental effects of inhaling fine particles, commonly referred to as particulate matter that is released from vehicle exhaust, coal-fired electric power plants, etc. Exposure to air pollution is also known to raise risk of cardiovascular events and liver diseases. However, the current investigation revolves around the impact of wood smoke particulate matter (WSPM) on health. Many houses worldwide use wood for heating and cooking, hence probably end up taking in WSPM on a daily basis.

In order to highlight the unhealthy effects of WSPM, scientists evaluated and matched particulate matter in air from the center of a village in Denmark. Residents employing wood stoves were compared with those using few wood stoves. Also pure WSPM was gathered from a wood stove. It appears that the airborne particles in the village and pure WSPM have the most potentially hazardous size. They apparently are small enough to be inhaled into the deepest parts of the lungs. WSPM supposedly had higher levels of polycyclic aromatic hydrocarbons (PAHs), which include human carcinogens. While testing the effects of WSPM on cultures of human cells, Steffen Loft, Ph.D., and colleagues observed genetic damage, more inflammation and greater activity in turning on genes that lead to diseases.

The research was published in the American Chemical Society’s (ACS’) journal, Chemical Research in Toxicology.