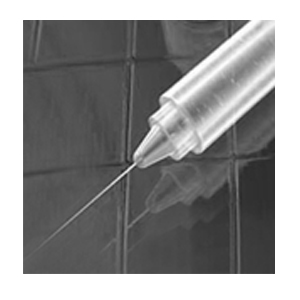 Dr. Mary Warrell and her colleagues have developed a rabies vaccine which is simpler to administer and cheaper than the present expensive standard vaccines which are widely used throughout the world. The team belongs to the Centre for Clinical Vaccinology and Tropical Medicine, University of Oxford, United Kingdom.

A clinical trial was conducted by the team where healthy volunteers were administered with the vaccine. It was found that the newly developed, simpler to administer vaccine was just as effective at stimulating anti rabies antibodies (immunoglobin) as the currently used standard vaccine. Their trial has been published in PLoS Neglected Tropical Diseases.

The latest vaccine needs to be injected on 4 sites on the first day of the regimen which is very economical unlike the 2-site and 8-site regimen and the “gold standard” intramuscular regimen which involved extra visits to the clinic.

The World Health Organisation (WHO) anti-rabies vaccine that is currently available costs $US 39.6 which is unaffordable for developing countries, for example in Africa, where the cost is equivalent to 50-days wages.

The major cause of human deaths from rabies is inadequate prophylaxis, i.e., not following correct treatment which involves proper cleaning of wounds, rabies vaccine and injecting anti rabies antibodies. This procedure is carried out to prevent a fatal infection from the rabid animal bite. But the anti-rabies vaccine is rarely available in developing countries.

The developers of the vaccine assert that the new tested four-site regimen is effective and economical as the new vaccine also meets the criteria for recommendation for use wherever the cost of vaccine is prohibitive.