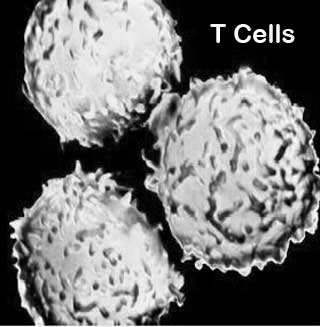 The researchers at the Wistar Institute have uncovered, on the outside of the body’s killer immune system cells, multiple receptors. They presume that these can be aimed in order to keep the cells in an excellent condition to fight against infections and diseases.

The researchers have found seven different receptors on T cells. It is believed that they can cram the immune system if there is a repeated clash with an infectious bacterium.

E. John Wherry, Ph.D., an assistant professor in Wistar’s Immunology Program and also the study’s lead author says that if a chronic over-stimulation of the immune system takes place then that can make the body very vulnerable to infections and cancer. This proves that the crucial immune cells, over time get tired and don’t perform very effectively.

Wherry says that, “This amount of control over T cells’ response is remarkable. It suggests that layers of negative regulation exist on exhausted T cells from co-expression of multiple inhibitory receptors. My bet is that these receptors inhibit different aspects of the T cells’ response, but that the net result of their activation is to turn specific T cell populations off. We are starting to see a picture emerging of a really tuneable array of inhibitory receptors expressed on T cells. That suggests it may be possible to not only dramatically enhance antiviral or antitumor T cell responses, but also to fine tune which response you want to enhance in order to reverse T cell exhaustion and continue fighting an infection or disease. This presents us with a great clinical opportunity. T cells have a lot of weapons at their disposal to control viral infection and most of them are disarmed when these cells become exhausted. It may be possible to selectively rearm T cells while generally reinvigorating them.”

The researchers had uncovered their discoveries in a mouse model of chronic infection with lymphocytic choriomeningitis virus. They had unveiled a receptor, programmed death-1 (PD-1). This was produced in huge levels by the exhausted T cells in the mice which were chronically infected. However this was not found in the mice that had cleared the infection. Thus in later studies the researchers on curbing PD-1 found an increase in T cell response. However the T cell response did not increase completely thus proving that maybe other negative regulatory pathways get activated as well. An analysis of PD-1 revealed six other inhibitor receptor genes; namely, LAG3, 2B4, CD160, CTLA-4, PIR-B and GP49.

Wherry concludes that, “The goal now is to understand the pathways the receptors control, and then to learn how to fine tune reversal of exhaustion by targeting pathways that selectively control the desired type of T cell response.”

Wherry had been a part of the team who had earlier discovered a single receptor involved in the turning off of the T cells. However this latest study proves that six more receptors can curb immune responses as well.

Their study was published online in Nature Immunology.