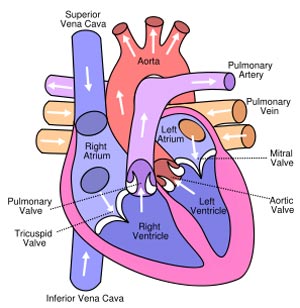 Scientists have for the first time managed to create a beating heart that fully mimics the original organ in a laboratory. Announced yesterday by biomedical researchers in the US, this achievement involved experiments on rat hearts.

Researchers at the University of Minnesota removed cells from dead rat hearts using detergents, leaving behind a basic heart scaffold made up of connective fibers and tissues. Then, they reseeded them with living cells from newborn rats. This allowed them to grow on the scaffold into full beating hearts.

The new hearts began to contract within four days and began to show pumping action within just eight days after seeding.

According to Harald Ott, a team member at the Massachusetts General Hospital in Boston, “We took nature’s own building blocks to build a new organ. When we first saw the contractions, we were speechless.”

“It opens a door to the notion that you can make any organ — kidney, liver, lung or pancreas. You name it and we hope we can make it,” said Doris Taylor, a senior team member at the University of Minnesota.

These scientists have also applied the decellularisation process on other organs such as the liver, lung and the kidney as well as on pig hearts, which are comparable in size and complexity to human hearts. They hope to refine the technique to grow entire organs as spare parts for humans too.

But, scientists have cautioned that there were several hurdles before the technique could be used to produce organs for human transplantation.
They also pointed out that the performance of these bioartificial hearts has not yet been demonstrated in animals.

“We need to see what happens when these artificial hearts are placed in a recipient animal,” said Anita Thomas, a scientist at the Australian Institute of Bioengineering and Nanotechnology, University of Queensland.

Secondly, the raw material to seed the scaffolds may pose as a problem. The US researchers had to inject the decellularised scaffold with 50 to 75 million cells that had been obtained from 100 rat hearts.

This technique may also cause rejection because they are made form someone else’s heart.

“We need another source of cells to be able to repopulate the heart,” said Wayne Morrison, the director of the Institute of Microsurgery in Melbourne.