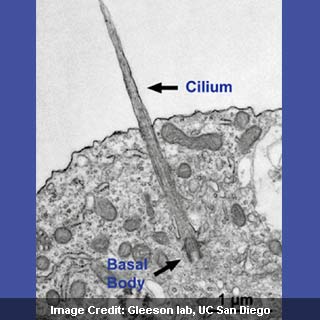 A report published some time back revealed that genetic factors are not the sole contributors to autism. However, mutated versions of a specific cluster of genes may lead to a form of syndromic autism namely Joubert syndrome, report scientists from the University of California (UCSD).

By means of genomic sequencing, the team found a gene called TMEM138 that may be responsible for the aforesaid condition. This gene is adjacent to the TMEM216 gene, which was previously associated with syndromic autism.

According to the scientists, both these genes got linked to each other very early on from the evolutionary days, about 260 million years back. Both these connected genes evolved in tandem and are presumably regulated by the same transcription factors.

“Prior to this transition, the two genes had wildly different expression levels. Following this transition, they became tightly co-regulated. Moreover, we found that the two encoded proteins coordinate delivery of factors key for cilia assembly,” commented Jeong Ho Lee, MD, PhD, and first author of the analysis.

The authors added that the human genome mechanism has developed to exploit unexpected ancestral incidences such as gene translocations. The latter help in better co-ordination of gene expressions by transforming into specific modules. However, neurodevelopmental diseases seemingly develop due to the disorientation of these modules.

Basically, alterations in cellular primary cilia present in most cells may be causing the disease, the team believes. Nearly 40% of patients suffering from Joubert syndrome meet the clinical standards for autism and other neurocognitive illnesses, which is why it is regarded as a form of syndromic autism.

The research is published in the January 26 edition of the journal, Science Express.