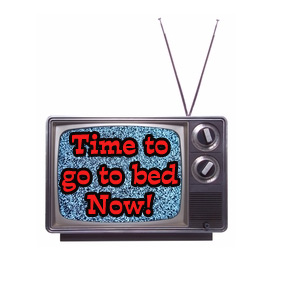 A new research has said that it is not the sun that wholly determines our sleep schedules. Rather, in today’s day and age the television has started to control our sleep schedule. In days gone by, it was actually the rhythms of the day and night that governed one’s sleep patterns; it was a time which saw no electronics like computers and TVs.

According to a study, timing of TV programmes has a larger effect than the natural cue of sunlight as a deciding factor for the time a person wakes or goes to bed.

The researchers collected data from the Bureau of Labor Statistics’American Time Use Survey (ATUS), and tabulated how people split their time among their three most time-consuming activities, that is time given towards work, sleep, and television watching.

The evaluation of the data revealed that while natural daylight patterns have some effect on people’s life patterns, the demands of global business such as market openings and regular television schedules nowadays create the boundaries of most Americans’ lives.

In fact, Daniel S Hamermesh, one of the researchers said they were ‘amazed how little daylight matters nowadays, and how much artificial time zones matter.

The hour when night-time falls affects sleep patterns very little and therefore they are more malleable than believed, and it is possible people could change them as easily as changing channels, the study noted.