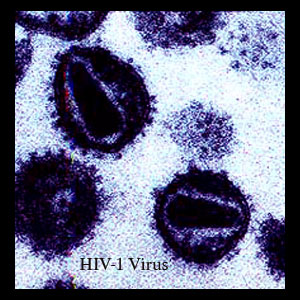 Day-by-day scientists are getting closer to finding a way to restrict HIV viruses from growing. Yet another successful step has been taken by them as a protein that restricts the breaking loose of virus from human cells, has been discovered.

Since long, it was known to the scientists that there was an element that controls virus particles and their release. The only mystery that remained unsolved was the identity of that element. Finally it has been identified as CAML (calcium-modulating cyclophilin ligand).

CAML is a cellular protein that restrains the release of HIV particles. The research team from Emory University School of Medicine, Vanderbilt University School of Medicine, and Mayo Medical School has made the most important finding. The findings reveal that the slowing down of the virus lifecycle by CAML withholds the release of HIV particles on the cell membrane.

“This research is important because it identifies CAML as an innate defense mechanism against HIV,” says senior author Paul Spearman, professor of pediatrics (infectious diseases) at Emory University School of Medicine. “We are continuing to work on the mechanism that Vpu uses to counteract CAML and on defining exactly how CAML leads to virus particle retention on the infected cell membrane. We hope this will lead us to new treatments.”

When the researchers depleted CAML from the human cells in the laboratory, the absence of Vpu was no longer required to affect the release of viral particles. And when CAML was ‘expressed’ in cells that release the virus particles freely, the particles remained bound to the plasma membrane.

The study was funded by National Institutes of Health and has been published in the online edition of Nature Medicine.