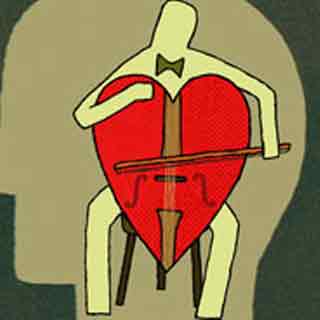 Not many of us may be aware that brain regulates the heart during cardiovascular diseases. Throwing light on this facet, experts from the University of Bristol have located a critical portion of the nervous system, which if impaired could lead to death arising from heart failure.

According to the team, one of the nerves of the brain known as vagus apparently regulated the heart rate by slowing it at appropriate times as part of secure cardiovascular reflexes. This mechanism is seemingly crucial for heart health. Absence of vagal control is a principal risk factor for conditions such as heart failure and hypertension.

Dr Pickering, Wellcome Senior Clinical Research Fellow, Reader in Neuroscience and Consultant in Anaesthesia in the University of Bristol’s School of Physiology and Pharmacology, remarked, “These findings are important because they clearly show the cardiac ganglion as a key player in determining the level of vagal tone reaching the heart.”

Vagal data is transferred through a specific set of nerve cells that are significantly present within the beating muscle. Up till now scientists have not been able to access and record these neurons via conserved natural networks.

Nevertheless, the researchers created a new technique that maintained the steadiness of neurons even while the heart is beating keeping the major neural connectivity untouched. This method revealed that the ganglion contributes primarily to the process of vagal transmission. The scientists concluded that therapeutic options aimed at the cardiac ganglion may help in repairing vagal tone and possibly show better results.

The research is published in the journal, Journal of Physiology.

Primatene Mist inhaler ruled out by FDA over environmental concerns