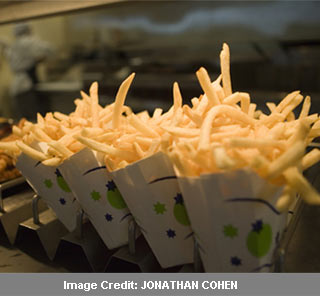 Parents and schools may be the two biggest influences on children. Well, an astonishing investigation claims that these biggest influences unintentionally contribute to childhood obesity. The study findings apparently have important implications in the health-space.

As a part of the study, investigators analyzed third-graders in four Binghamton-area schools. It was observed that 70 percent of the children drank two to five sweetened beverages on a daily basis and 85 percent watched between two and five hours of television a day. Reportedly, a total of 42 percent ate two or more fast-food meals per week. However, these numbers seemingly indicate childhood obesity that in turn leads to a number of ailments.

The decisions made by the subjects appeared rational as their parents told them to avoid water fountains because of germs and instead drink sweetened juices. Fear of potential danger can supposedly prompt parents to restrict children’s play space to a backyard or inside the house. Susan Terwilliger, clinical associate professor in the Decker School of Nursing, and colleagues predict that childhood obesity can cause a number of serious diseases in adulthood.

It was mentioned that schools and parents should be made aware about the harmful effects of childhood obesity.