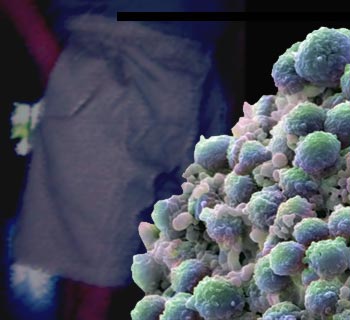 So you are a tall man huh? For once you might just regret being tall. A new British study apparently claims that height could boost the risks of prostate cancer. Though experts mention that this finding could be a pure chance, height may serve as a marker for something biological associated with the development of cancer.

“Compared to other risk factors, the magnitude of the additional risk of being taller is small, and we do not believe that it should interfere with preventive or clinical decisions in managing prostate cancer. But the insight arising from this research is of great scientific interest. Little is known on the causes of prostate cancer and this association with height has opened up a new line of scientific inquiry,” mentioned Dr Luisa Zuccolo, from Bristol University.

She further added, “We do not believe that height itself matters in determining risk of prostate cancer or prostate cancer progression, but we speculate that factors that influence height may also influence cancer and height is therefore acting as a marker for the causal factors. A diet rich in fat and calories, especially at a young age, could also affect this hormone.”

As part of the study, more than 9,347 men with 1,357 men having prostate cancer and 7,990 men without prostate cancer were analyzed by researchers. In addition to the control group scientist’s also reviewed 58 previous studies. The scientists found that a rise of around 6% for every extra four inches in height may potentially increase the risks of fatal prostate cancer. A shorter man has around a 19% lower risk of developing the deadly disease as against a man who is a foot taller than him.

Scientists further reveal that consumption of diets that are rich in fat especially in childhood and puberty may be triggering both growth in height and a hormone that can be linked to the disease. The team also associates the hormone Insulin-Like Growth Factor-1 (IGF-1) with prostate cancer progression.

Prostrate cancer is one of the most common and fatal diseases affecting more than 35000 men in Britain every year.

The scientists however do pinpoint that height itself may not be the reason for the increased risk because age, family history and race still remain the biggest factors which influence the likelihood of developing the cancer. They therefore do not suggest screening taller men more often, or that their cancer treatment be altered.

The study is published in the journal Cancer Epidemiology, Biomarkers & Prevention.