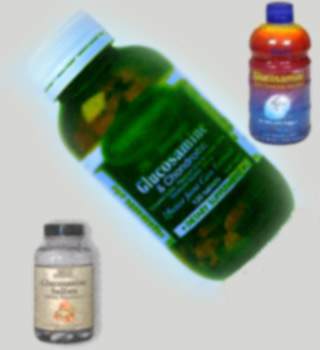 Glucosamine and chondroitin sulfate are two very popular supplements that are used to fight arthritis and joint pain. A two year multicenter study however shows that these dietary supplements may be no better than placebo in slowing the loss of knee cartilage in osteoarthritis.

An ancillary study, it was conducted on a subset of the patients who were enrolled in the prospective, randomized Glucosamine/chondroitin Arthritis Intervention Trial (GAIT). The aim of the study was to determine whether dietary supplements can actually help people prevent cartilage loss in knees of people with the form of arthritis caused by wear and tear.

Dr. Allen D. Sawitzke, an associate professor of internal medicine at the University Of Utah School Of Medicine and lead author of the study remarked, “That is not statistically significant, but it hints to me that there might be something going on. It was a null study that didn’t show a difference. That’s not the same as saying there is no difference. The result was influenced by the slow rate of progression for everybody. The study actually says more about what we need to do for the next investigation than for what patients should do.”

At the beginning of the study the X-rays of these patients were taken. While none of the trial groups showed any particular improvement, the group taking glucosamine had the least change in joint space width followed by the groups taking chondroitin, celecoxib, a placebo, and the combination of both supplements.

The significantly lowered rate of joint loss for participants taking only glucosamine apparently got the researchers thinking. The researchers additionally mentioned that the study cannot be considered conclusive as the number of participants involved was too little and for a short duration. It however confirms other findings that show the supplements have few or no effects.

Funded by the National Center for Complementary and Alternative Medicine at the National Institutes of Health, the study is the October issue of the journal Arthritis & Rheumatism.

Alcohol tolerance switch seems to have been found in fruit flies