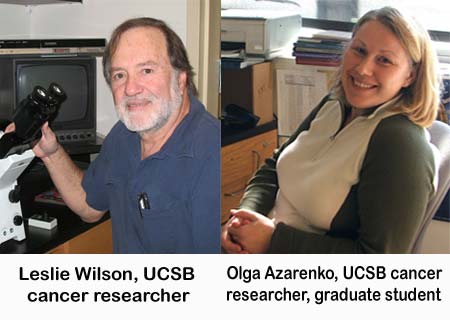 Apparently it’s known that the consumption of cruciferous vegetables like broccoli, cauliflower, and cabbage reduces the chances of acquiring breast cancer. However, prior to this, the mechanism by which the active substances in these vegetables curb the cell production was not known.

This study was conducted by the scientists in the UC Santa Barbara laboratories of Leslie Wilson, professor of biochemistry and pharmacology, and Mary Ann Jordan, adjunct professor in the Department of Molecular, Cellular, and Developmental Biology.

First author, Olga Azarenko, UCSB graduate student says, “Breast cancer, the second leading cause of cancer deaths in women, can be protected against by eating cruciferous vegetables such as cabbage and near relatives of cabbage such as broccoli and cauliflower.” She further says that these vegetables apparently contain isothiocyanates compounds. These compounds in vegetables are said to be the reason for its anti-carcinogenic properties. Evidently, broccoli and broccoli sprouts are said to have the highest isothiocyanates content.

It’s stated that this study mainly concentrates on the anti-cancer properties of the sulforaphane compound (SFN). This compound had evidently proved its effects in reducing the chances of chemically stimulated mammary tumors in animals. It’s even said that this compound curbs the development of cultured human breast cancer cells.

Azarenko, apparently unveiled the SFN property of curbing the growth of human tumor cells by a mechanism akin to the manner in which the anti-cancer drugs curb cell division during mitosis. Mitosis is said to be the process when in cell division, the duplicated DNA is precisely distributed to the two daughter cells.

Numerous micro-tubes supposedly build the machinery that the cells utilize in order to divide the chromosomes. SFN creates hurdles in the micro-tube functioning during mitosis in a manner akin to the more powerful anti-cancer drugs. But, comparatively SFN is said to be weaker and thus less-toxic.

Wilson says that SFN can effectively prevent cancer because it curbs and destroys the pre-cancerous cells. It’s also stated that along with taxol and other drugs alike, SFN could be used to possibly increase the killing efficiency of the tumor cells, without increased toxicity.

Their findings are published in the Carcinogenesis journal.