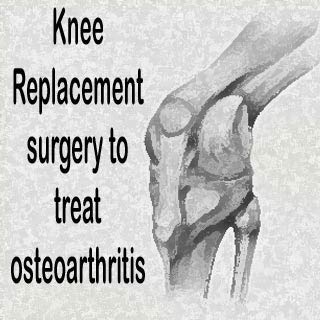 Osteoarthritis is a disease that has affected more than an estimated 20 million in the U.S. This disease is apparently treated with total knee replacement (TKR) surgery. Then again, there are various risk factors associated with this form of treatment.

Communication between the physician and patient is believed to be very crucial. The end result and commitment to the conducted treatment may turn out to be more positive with patient-doctor co-operation and agreement on various factors. A latest study was conducted in order to determine if the outcome varied with patient-doctor co-operation and communication, by weighing the pros and cons of the TKR surgery. The investigators also wanted to evaluate if patient-doctor agreement played any role in patient satisfaction and commitment post surgery.

Around 27 health care providers and 74 severe osteoarthritis patients were studied. It’s stated that very often there were disagreements between doctor and patient, as to the necessary requirement of TKR surgery. On the other hand, in most of the cases, there was patient-doctor agreement over the TKR requirement. Having said this, it’s also said that, there was a certain amount of disagreement over the gravity of the patient’s situation and anxiety for complications. This was considered a more anxious zone for the patients as compared to their doctors.

Lead author, Richard L. Street, Jr. of Texas A&M University and co-authors state that, “Discrepancies in provider-patient beliefs about the risks, benefits and need for TKR are not only a barrier to informed decision making, but such differences also can affect post-consultation outcomes.”

The study authors further state that patients and doctors may have discussed the nature of TKR from various angles, however, they may not have allotted the same amount of discussion time to the actual requirement of the surgery.

The authors suggest more active participation of the concerned patient, agreement over the gravity of the patient’s disease in addition to discussion and agreement on the positive results gained from TKR may aid in yielding a better outcome.

They conclude that a more detailed analysis and adequate information should be provided to the concerned parties, which may aid them to make the right and wise decision regarding TKR.

Their study findings were published in the Arthritis & Rheumatism issue.