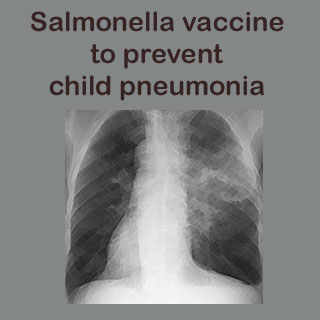 With a rise in various infections and disease, the search for an effective and efficient vaccine has increased.

The main criteria of vaccine and infectious disease, according to investigators like Roy Curtiss, is to develop vaccines that can bravely fight against a disease, without having any drastic effect on the individual as well.

They even aspire to develop vaccines in such a way that they can be deactivated, after the completion of their work.

This approach of using Salmonella was apparently criticized initially. Salmonella strains are said to be very infectious and dangerous for the body. Seemingly, they turn the immune system of the body upside down.

Apparently the technique of using a live bug like Salmonella has being used earlier, in an attempt to speed up the protective immune response. However, the microbe had to be manipulated in such a way so that they would not cause a series of diseases in the individual. On the contrary, due to its manipulation, supposedly the rate of success has been limited in such cases.

Curtiss and his team hope to use the Salmonella as an antigen delivery system. They believe that this vaccine may aid in the fight against pneumonia in small children. Salmonella vaccines activate an efficient immune response in an individual. Through a single dose, the vaccine can be administered orally. This may prove to be very beneficial in developing countries.

A clinical trial is soon believed to commence on the use of such vaccines in human subjects.

His study findings are published in the Proceedings of the National Academy of Science.