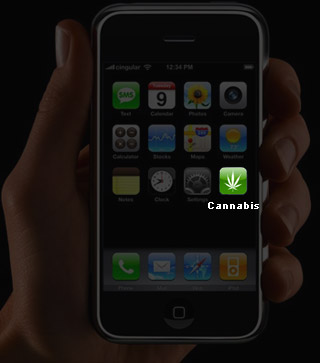 Do you need some weed? Well, there’s an application primarily available for that. However, there seems to be one condition that you should have your doctor’s prescription note.

This cannabis application is known to be software developed by a digital activist team. They were believed to have focused on developing the tastiest, sticky and effective iPhone and iPod touch applications for the cannabis industry and association.

This cannabis application was noted to relieve pain. In addition, it permits people who need some relief from severe conditions like cancer to relax for a while and thereby assists them in feeling better. This novel iPhone application seems to have been formed featuring a record from two sources covering all the known authorized areas over the map.

This application was noted to have been accessible on Ajnag.com. Evidently, this website has been granted the permission to provide everyone with the medicinal cannabis application via the internet. In fact, once the application has been downloaded on the iPhone, people seem to get a variety of legal cannabis services obtainable at their convenience. Once the application has been successfully downloaded, people may want to find an organization which could provide them with medical cannabis cooperatives. Supposedly, as soon as this command is given, people will receive a list of the cannabis groups, cooperatives stating complete directions of it in that current or selected location.

Furthermore, people who are in need of medicinal cannabis but are unfortunate to find it in their locality can now look at this app as a solution. It could help in locating nearby cannabis-reform groups so that they could get involved.

Allegedly, this application may help people in keeping a tab on where to get more of medical cannabis when it’s all finished. This application is known to be offered for a value of $3.