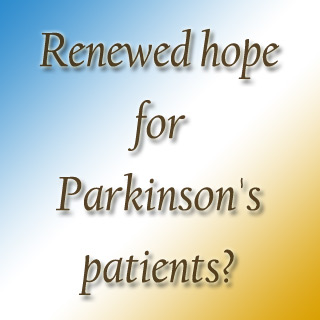 Scientists from the Academy of Finland’s Neuroscience Research Programme seem to have reported guaranteed novel results with probable implications for the treatment of Parkinson’s disease (PD).

Scientists were noted to have been examining the impacts of nerve growth factors in the treatment of PD. According to the latest results, a certain growth factor could perhaps be used in order to stop the progress of damage brought on by a nerve poison. Also, this growth factor may perhaps even restore the function of damaged cells.

For the purpose of examining the nerve growth factors, scientists made use of an experimental PD model in rats. Apparently, administration of the growth factor reduced motor disturbances in rats.

The severe motor disturbances which are seen in PD seem to have been caused by the slow degeneration of dopamine nerves located inside the brain. It was noted that there are treatments which improve the symptoms of the disease, such as hand tremor. However, they could perhaps not prevent or halt the degeneration of nerve cells.

Working under the supervision of Academy Professor Mart Saarma, scientists at the University Of Helsinki Institute Of Biotechnology presently are believed to have been considering two novel nerve growth factors.

MANF (mesencephalic astrocyte-derived neurotrophic factor) appears to have been released from glial cells inside the midbrain. Also, MANF is known to be a member of the same growth factor family as CDNF which seems to be another growth factor that Saarma’s team has investigated.

Lead author of the study, Professor Raimo K. Tuominen from the University of Helsinki was believed to have discovered that in the experimental PD model, MANF and CDNF injections into the brain seem to have prevented dopamine nerve destruction caused by nerve poison. Also, to some extent, MANF and CDNF injections appear to have restored the function of damaged cells in rats.

The latest results of the study revealed that MANF seems to spread more readily in brain tissue as compared to other known growth factors. Evidently, this may be an extremely significant finding in reference to the development of growth factor therapy for PD.

The findings have been published in The Journal of Neuroscience.

During a Sneeze large amounts of Bacteria expelled, research finds