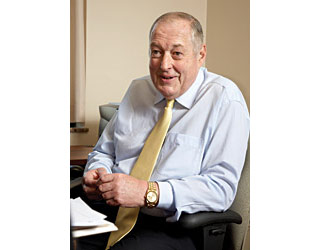 Patients subjected to major orthopedic surgery seem to face a risk of developing a blood clot within a vein, known as venous thromboembolism (VTE). If experts from the McMaster University are to be believed, then this risk can be reduced by the usage of an ultra-low-molecular-weight heparin called semuloparin. It has been assumed that in case there is no treatment after a major orthopedic surgery, then the occurrence of deep-vein thrombosis, blood clots within the veins of the legs and pelvis can be up to 40 to 60 percent.

The follow-up conclusions drawn by three recently accomplished international clinical studies on short-term VTE protective medicine in patients undergoing major orthopedic surgery were supposedly considered. All the clinical studies possibly highlighted semuloparin to decrease the occurrence of VTE and all-cause death by 25 percent as compared to the generally employed therapy drug enoxaparin. The latter is known to be a low-molecular-weight heparin.

Dr. Alexander Turpie, a professor of medicine at the Michael G. DeGroote School of Medicine at McMaster enlightened, “This is a potential advance in orthopedic surgery compared to current VTE prophylaxis options.”

Having compared the benefit-to-risk profile between semuloparin and enoxaparin, the scientists explained that semuloparin is more eligible for being employed as VTE preventative therapy and also in other areas namely oncology. Semuloparin can be utilized in other areas because VTE is a complication commonly known in cancer patients too. In fact patients with cancer seem to have a four to seven fold elevated risk for VTE.

The meta-analysis study initiated by Turpie enrolled 4,479 patients from three orthopedic surgery studies in hip replacement (SAVE HIP), hip fracture (SAVE HIP-FRA) and knee replacement (SAVE KNEE). The study authors aimed to compare semuloparin of 20 mg to enoxaparin of 40 mg daily in hip, and 30 mg twice-daily for knee for seven to ten days.

The findings were presented at the 21st International Congress of Thrombosis in Milan, Italy.