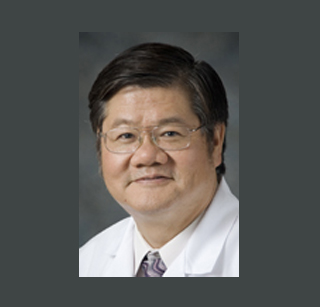 A novel means to curb cancer has been apparently discovered. Experts from the University of Texas MD Anderson Cancer Center claim that by sticking a chemical group to it at a specific site, a protein inhibits an enzyme that worsens and spreads cancer. It was also noted that the same deactivation of the enzyme known as EZH2 may be essential for the formation of bone-forming cells from the stem cells that make them and other tissues.

The protein CDK1 apparently deactivates EZH2 which is over-expressed in aggressive solid tumors and tied to cancer progression as well as metastasis. While conducting experiments it was pointed out that CDK1 interferes with EZH2, thus decreasing cell migration and invasion in breast cancer cell lines. EZH2 supposedly silences gene expression by attaching a methyl group containing one carbon and three hydrogen atoms to a histone protein. This protein seemingly intertwines with DNA and other proteins to compose chromosomes.

Genes restrained by this methylation possibly comprise tumor suppressors, which would otherwise avoid cancer growth and spread. Researchers showed that CDK1 short-circuits EZH2-mediated methylation by attaching a different chemical group that includes one phosphate and three oxygen atoms to EZH2. This process may be termed as phosphorylation. It seems that the phosphorylation process takes place at a specific amino acid on EZH2. The phosphorylated version of EZH2 is allegedly unable to methylate the target histone protein, so repressed genes are awakened.

Mien-Chie Hung, Ph.D., professor and chair of MD Anderson’s Department of Molecular and Cellular Oncology, senior investigator, remarked, “This and other recently reported studies open up drug development possibilities by either inhibiting the methyltransferase activity of EZH2 or regulating phosphorylation to indirectly regulate EZH2’s activity. This study also suggests a possible way to induce mesenchymal stem cell differentiation into bone cells, which may have long-term implications for regenerative medicine for bone disease.”

Cancer cells with EZH2 having a mutant version of the location where the phosphate group connects probably restrict phosphorylation. In such a situation the cell migration and invasion of cancer cells supposedly doubles with the regular, unmutated version of EZH2. Since EZH2 turns genes off and on to guide the differentiation of embryonic stem cells into tissues and organs, it appears vital for embryonic development. Further investigations asserted phosphorylation of EZH2 as a crucial factor for the production of bone cells called osteoblasts.

The research is published in the January issue of Nature Cell Biology.