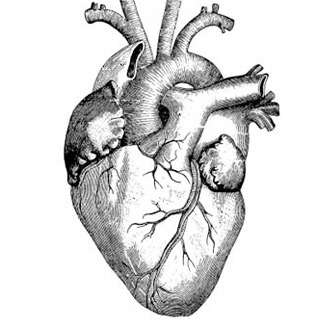 Over the past years, we have come across a number of investigations which suggest that working for long hours raises the blood pressure and also damages sexual health in teens. A groundbreaking study undertaken by UCL scientists asserts that working overtime can pave way for a number of heart-related complications such as death due to heart disease, non-fatal heart attacks and angina.

In order to point out the seeming effects of working overtime, 10,308 office staff aged 35 – 55 were recruited from 20 London-based civil service departments. Data was gathered at regular intervals and in the third phase, between 1991 and 1994, a question on working hours was introduced. The currently included analysis inspected the results from 6,014 people from whom 4,262 were men and 1,752 women aged 39 – 61 years. Study subjects were followed from 2002 to 2004 and the average years of follow-up were 11.2.

“The association between long hours and coronary heart disease was independent of a range of risk factors that we measured at the start of the study, such as smoking, being overweight, or having high cholesterol. Our findings suggest a link between working long hours and increased CHD [coronary heart disease] risk, but more research is needed before we can be confident that overtime work would cause CHD. In addition, we need more research on other health outcomes, such as depression and type 2 diabetes,” quoted Dr Marianna Virtanen, an epidemiologist at UCL and the Finnish Institute of Occupational Health.

On completion of the study, authors registered 369 cases of fatal CHD, non-fatal heart attacks or angina. So people who worked three or more hours longer than a normal, seven-hour day allegedly had a 60 percent higher risk of heart-related problems than those who did not work overtime. The results appeared after adjusting for socio-demographic factors such as age, sex, marital status and occupational grade. Investigators observed that working three to four hours overtime leads to a 60 percent elevated threat for developing CHD.

Dr Virtanen said, “We did not measure whether subsequent changes in these factors during the follow-up period altered the association. One plausible explanation for the increased risk could be that adverse lifestyle or risk factor changes are more common among those who work excessive hours compared with those working normal hours. Another possibility is that the chronic experience of stress (often associated with working long hours) adversely affects metabolic processes. It is important that these hypotheses should be examined in detail in the future.”

The reason behind this link between overtime and heart disease may be because working overtime causes type A behavior pattern, wherein people tend to be aggressive, competitive, tense, time-conscious and generally hostile. So working for long hours is believed to trigger psychological distress manifested by depression and anxiety, and possibly with not enough sleep, or not enough time to unwind before going to sleep. However, it was mentioned that the findings were independent of all of these factors and hence, need not necessarily provide the full explanation for why overtime was associated with the higher risk of heart disease.

The study is published online in the European Heart Journal.