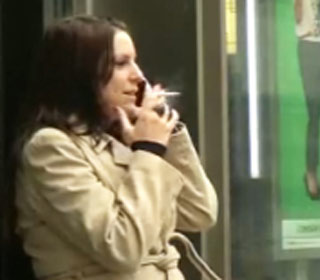 Peripheral artery disease (PAD) is a serious, often debilitating disorder apparently triggered by narrowing of the arteries in the lower extremities. Some of its symptoms may include pain in the legs with normal activity and a feeling of tiredness in the leg muscles. A prospective study now asserts that smoking for even a short time increases threat of PAD.

This investigation followed 38,825 women for an average of 12.7 years to determine if smoking increased a woman’s risk for PAD and if smoking cessation reduced that risk. Participants were questioned about their smoking history and if they currently smoked cigarettes. They were also questioned on how many they smoked per day. Patients were periodically made to complete questionnaires about their health and smoking habits.

“This study showed that—as has been previously shown for heart attacks and for lung cancer—that smoking is actually very harmful for the development PAD. This is significant because PAD is a disease that not only causes a lot of pain and discomfort with usual, daily activities but it also increases the risk of heart attack,” added Eruna Pradhan, Assistant Professor of Medicine at Harvard Medical School and an author of the study.

Surveys were conducted twice during the first year and then once per year for the remainder of the study and follow-up period. Authors also kept a track on the appearing symptoms of PAD. As a result, it was pointed out that smoking seemingly heightened a woman’s risk for PAD by 10-fold.

However, smoking cessation supposedly failed to alleviate this risk even after abstaining from cigarettes for 20 years.