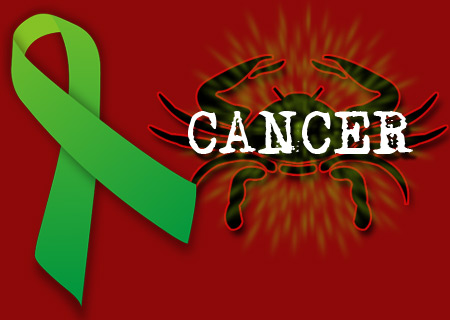 More than 30% of the world’s population is infected with Hepatitis B! If there ever was a cause worthy of worldwide observation, this is it – yes, 2 billion people. Of these 350 million have chronic infection, i.e. lifelong infection with Hepatitis B, they are carriers. It claims 5 to 7 lakh lives every year, many through hepatocellular carcinoma, cancer of the liver. 78% of all liver cancer cases in turn are due to viral hepatitis. So, it is only fitting that when we talk about World Hepatitis Day, this feature also looks at the cancer implications of this infection making it a part of our ongoing series on cancer.

As far as infections go, this is a very successful bug. Hepatitis viruses are of 5 types, thankfully named as A, B, C, D and E. Hepatitis A and E cause food borne illnesses akin to food poisoning. These are acute in nature and most people in developing countries such as ours have resistance to it. B, C and D spread through exchange of body fluids, not unlike AIDS. Hepatitis D is not as common and does pose as big a public health risk as Hepatitis B and C. Hepatitis B is believed to be 50 to 100 times more infectious than HIV which means chances of transmission on contact are much higher.

World Hepatitis Day is a relatively new concept started in 2008. It was observed by various organizations on different days. Recently, 28th July, which is the birth date of the discoverer of the Hepatitis B virus, Prof. Baruch Blumberg, has been fixed under the umbrella of ‘World Hepatitis Alliance’. 2011 will mark the first World Hepatitis Day that is recognized by WHO. 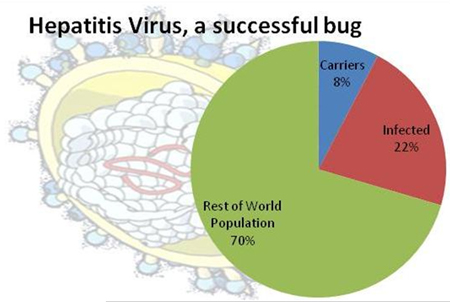 Why should I bother?

To say that the premise of World Hepatitis Day is to spread awareness would be lame. It would also be selling it short. Do consider the facts:

Public health management, the kind WHO works for and BMC gets paid for goes by numbers. With limited resources at hand, we have to go after health issues that affect the most number of people and are the biggest burden on healthcare infrastructure. The same logic should also apply for the individual. Since you cannot check for and guard against hundreds of possible diseases, you have to be vigilant about the most likely. 1 in 12 is definitely more likely.

Cancer of the Liver:

Hepatocellular carcinoma is the third most common cancer in the world. It claims more than 5 lakh lives a year. These are cases where the cancer originates in the liver. Cases of hepatic metastasis, where cancer originating in other organs also invades the liver are over and above those of hepatolcellular carcinoma and are plenty in number. Liver cancer progresses aggressively and most patients die within a year. Less than 20% of the surgeries are successful. As we have seen, nearly 80% of all cases are caused by viral hepatitis. Among the rest, alcoholism is the most common cause. Other causes include poisoning due to chemicals, medicines and toxins. Cases of liver disease through auto-immune route are rare. It is suspected that many cases of alcoholic liver disease actually get aggravated due to underlying Hepatitis infection.

Death toll from liver cancer in India matches the global average of 7 per 1 lakh of population.

Most liver diseases involve cirrhosis or scarring of the liver. What we know as jaundice is actually a symptom of liver disease. Yellowing is seen as normal liver functions are disturbed. However, in some viral infections, cancer of the liver may develop without cirrhosis happening first. These cases are the toughest to spot and most go undiagnosed till it is too late. In cases where scarring is seen, symptoms such as abdominal pain and nausea will at least alert the patient

Initially, when the patient complains of jaundice-like symptoms, a battery of blood, urine and stool tests are ordered to spot altered liver function. Specific serological markers exist than can identify a hepatitis infection. When a major disease is suspected, CT scans, MRIs and biopsies are also needed.

Anti-virals are of limited use. Acute infections are self limiting and subside in less than 6 months. There is no remedy for carrier state. Once a serious liver disease is detected, antibody treatments along with anti-virals such as Sorafenib are indicated. These drugs are expensive and not widely available. A recent court decision granting a major Indian drug company permission to market Sorafenib at one tenth the price of the originator can help make this medicine more accessible. Chemo and radio therapy have had limited success as with other cancers. Surgery and transplant that have limited success rate then become the only options.

What can we do?

For worldwide observation of a specific day, awareness is a bare minimum. It is what we do after learning about the disease that makes the difference.

In many a case, childhood infection with hepatitis virus results in cirrhosis and carcinoma much later in life, after 40 years of age. Prognosis is generally bad which explains the poor success rate of surgeries. In addition, no symptoms are seen during the carrier stage. The liver is an amazing work of nature. It can regenerate by itself and achieve normal function even after 2/3rds of it degenerates. One should therefore meet a doctor at the first sign of symptoms or if one thinks one is at high risk. Once confirmed, following the prescribed drug regimen and diet to the T is of critical importance. This is a fastidious infection and mortality is high. It is also one’s responsibility to avoid spreading the disease by following the precautions mentioned here and on the websites mentioned below.

In India, Hepatitis B vaccine has been part of the Universal Immunization Programme (UIP) since 2002. There should be no reason why a child should go without this vaccination.