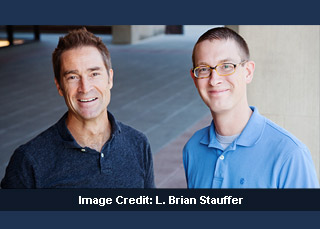 Every individual may be acquainted with one such person who displays a grandiose sense of self-importance. These people are known as narcissists, considered a derogatory term. Surprisingly, a new study by University of Illinois psychologists, has unfolded that some types of narcissism may prove to be advantageous for adolescents as they step into adulthood.

The scientists examined 368 college goers and 439 family members to gauge their narcissistic qualities. As per the analysis, young people who exhibited leadership qualities and inflated exhibitionism kinds of narcissism reportedly had an enhanced quality of life and were contented. Contrarily, mothers did not show this kind of self-satisfaction. Nevertheless, a popular sense of entitlement and the tendency to exploit others for one’s good seemed to indicate less contentment at every walk of life.

“Most people think of narcissism as a trait that doesn’t change much across the lifespan. But a lot of recent studies have shown that the developmental trajectory of narcissism goes upward in adolescence and what we call emerging adulthood – the late teens and early 20s, and then typically declines. We looked at three different forms of narcissism. The first, an inflated sense of leadership or authority, is the belief “that you know a lot and people should come to you for advice. The second is ‘grandiose exhibitionism,’ being pompous, wanting to show off, and having an exaggerated sense of one’s capabilities and talents. The third is a sense of entitlement and a willingness to exploit others for personal gain,” shared postdoctoral researcher Patrick Hill, who conducted the study with University of Illinois psychology professor Brent Roberts.

Generally, participants appeared to form negative opinions of those who had narcissistic traits. Apparently, narcissistic mothers were seen as being neurotic and having a low level of inner conscience. Though students with narcissistic personalities were not termed neurotic, but they deemed to have lower compatibility with their mothers.

As per Robert, these negative evaluations may cause further problems in life of middle or old age persons if these traits prolong. He added that there is a basic development shift in both the proportions of narcissism that people show as well its outcomes as they enter a new level in life. An inflated self esteem and a belief in one’s capabilities may help lessen the hardships involved in young adults striving to discover their identity. But at a later stage of life, the very same qualities seemingly have a negative impact on life and poor reputation, he concluded.

The study appears in the journal Social Psychological and Personality Science.